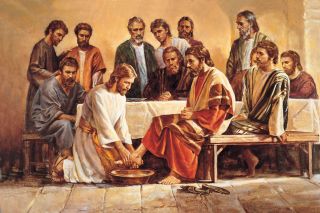 From pandemics and presidential elections, to social and justice reform, the year 2020 has provided many events for which people can respond or react. While the virtues of kindness and goodwill were present, those characteristics seemed to be the exceptions not the defining trait we observed on social media or even news coverage.

Some have loudly and legally declared a loss of first amendment protections as Churches were forced to close, while liquor stores remained open. Others site face mask mandates and oppressive regulations on businesses as an overreach of government authority that has caused immeasurable human suffering—emotionally and economically. A vocal majority have championed the use of such coercion and tyrannical force as a justifiable action to “save lives.” This position is further enforced by leveraging oppressive shame and heavy fines of $10,000 or even jail time for not wearing a mask to further legitimize such enforcement. Treating everyone who sneezes as if they were a gunman mowing down the masses of innocent bystanders would seem like sarcastic hyperbole even a year ago. Yet, these responses are just some the many ways in which life in the year 2020 has caused many to fear for the future of humanity.

In the climax of such a “tumult of opinions” shines a bastion of hope: #GiveThanks. Just prior to the American holiday of Thanksgiving President Russell M. Nelson issued an invitation for people all over the world to share expressions of gratitude on social media using the hashtag #GiveThanks. This counter-cultural invitation persuaded people to turn (or repent) from the pervasive negativity that was dominating the narratives, and replace it with something more Christ-like. For one week, those who participated in the #GiveThanks effort were introduced to a principle that is disappearing from our world like food during a famine. At the heart of this turn to gratitude was the unspoken call for meekness.

Elder David A. Bednar in his April 2018 General Conference address stated, “Meekness is a defining attribute of the Redeemer and is distinguished by righteous responsiveness, willing submissiveness, and strong self-restraint. The Christlike quality of meekness often is misunderstood in our contemporary world. Meekness is strong, not weak; active, not passive; courageous, not timid; restrained, not excessive; modest, not self-aggrandizing; and gracious, not brash. A meek person is not easily provoked, pretentious, or overbearing and readily acknowledges the accomplishments of others. Whereas humility generally denotes dependence upon God and the constant need for His guidance and support, a distinguishing characteristic of meekness is a particular spiritual receptivity to learning both from the Holy Ghost and from people who may seem less capable, experienced, or educated, who may not hold important positions, or who otherwise may not appear to have much to contribute.”

When reviewing the years events, does the descriptor righteous responsiveness resonate? Is self-restraint the natural consequence of government-enacted Marshall Law? Do our political leaders or social influencers demonstrate self-aggrandizement? Do our social media posts and comments illustrate restraint, or not being easily provoked?

In 1986 Elder Neal A. Maxwell, almost prophetically, made the following statements in a presentation at BYU on Meekness, “Meekness ranks so low on the mortal scale of things, yet so high on God’s: “For none is acceptable before God, save the meek and lowly in heart” (Moroni 7:44). The rigorous requirements of Christian discipleship cannot be met without the tutoring facilitated by meekness: “Take my yoke upon you, and learn of me; for I am meek and lowly” (Matthew 11:29). Meekness also protects us from the fatigue of being easily offended. There are so many just waiting to be offended. They are so alerted to the possibility that they will not be treated fairly, they almost invite the verification of their expectation! The meek, not on such a fatiguing alert, find rest from this form of fatigue. Meekness mercifully lets us retain the realistic and rightful impressions of how blessed we are, so far as the fundamental things of eternity are concerned. We are not then as easily offended by the disappointments of the day, of which there seems to be a sufficient and steady supply. When we are thus spiritually settled, we will likewise be less apt to murmur and complain. Indeed, one of the great risks of murmuring is that we can get too good at it, too clever. We can even acquire too large an audience. Furthermore, what for the murmurer may only be transitory grumbles may become a cause for a hearer that may carry him or her clear out of the Church.”

As meekness is a defining attribute of the Redeemer, it seems to be less and less an adjective appropriately attributed to many modern societies. Yet, there is tremendous hope in even recognizing this disparity. As G.I. Joe cartoons repeatedly drilled into my head at the conclusion of every war and violence filled episode, “now you know; and knowing is half the battle.” Knowing that there is a famine of meekness in the land is the start of combating the direction we seem to be heading. In this “war,” shooting and killing are not the other half of the strategy—in fact quite the opposite is the tact of a disciple of Christ.

Taking a moment to even study and reflect on the principle of meekness will help to fulfill the promise of the Savior, “Come unto me, all ye that labour and are heavy laden, and I will give you rest. Take my yoke upon you, and learn of me; for I am meek and lowly in heart: and ye shall find rest unto your souls.” As we learn of the Savior, specifically the attribute of meekness, that study will bring rest to your soul. Peace is the promise for coming unto our living and loving Savior. I want to invite you to listen, read, and study from these three talks on meekness (linked below). As you do so I hope you are filled with the same sense of peace and resolve that I experienced. These are presented by Apostles of the Lord Jesus Christ, and I consider their words to be urgently, but meekly important. Developing meekness will help you to see the hand and face of the Lord in your life.

Walk in the Meekness of my Spirit by Elder Bednar – BYU Presentation – August 28, 2017