Is the church “true?” I believe so, and that question matters a great deal to me. Why? Well, for starters, I pay 10% of my income to this institution, and devote a lot of time and energy to it. I have no interest in doing all of that just for the sake of belonging to a community (I can join or form any number of communities) or out of a sense of heritage, or any fear-based reasons, like “how else would I raise my kids?!!” There are a number of belief communities that I have belonged to throughout my life that I no longer belong to, because I no longer hold the beliefs that stand at the center of each of those communities’ existence.
But how does one even go about deciding whether the church is true? There are a number of questions that inform our views of whether “the church is true” or not, and below are the questions I personally use for arriving at my answer. If you haven’t gone through the exercise of writing down a list like this, I highly recommend it as a way of bringing clarity to your seeking. My list:

True conversion is more than merely having a knowledge of gospel principles and implies even more than just having a testimony of those principles. It is possible to have a testimony of the gospel without living it. Being truly converted means we are acting upon what we believe and allowing it to create “a mighty change in us, or in our hearts.” In the booklet True to the Faith, we learn that “conversion is a process, not an event. You become converted as a result of … righteous efforts to follow the Savior.” It takes time, effort, and work. My great-great-grandmother had a strong conviction that the gospel was more important for her children than all that the world had to offer in the way of wealth and comfort because she had sacrificed, endured, and lived the gospel. Her conversion came through living the principles of the gospel and sacrificing for them.

If you are hitching your happiness to things being a certain way, it’s a setup for suffering.

As General Conference approaches, Latter-Day Saints are going to be hearing conflicting messages on social media, and they can generally be grouped into two themes:

The first theme is one that views Conference as a time of rejoicing. It affirms that Conference speakers are good people and that their messages are inspired. Whatever they say, it will be for our good.

The second theme views Conference as threatening. It is neutral or negative about the motivations and/or divinely-ordained callings of the speakers, and it doubts the capacity of the hearer to process conference messages in a healthy way.

Both themes reflect bias, and bias is not a bad thing. Everyone brings their biases and worldviews to every part of life — including faith — and people who claim to be unbiased are just demonstrating another form of cognitive bias called the Bias Blind Spot. For a lengthy list of cognitive, emotional and other forms of bias, see here.

There is no such thing as an unbiased viewing of General Conference, but it is possible for us to be mindful of what we bring to the Conference experience and respond to our biases (and conference) in ways that lead to our growth.

Jaxon Washburn just posted here a lengthy critique of the Radical Orthodoxy position.  I won’t do a point-by-point discussion of all of his arguments; many of the objections to RO have been addressed thoroughly in other places.

But if I were to summarize Jaxon’s position, I might do so as follows:

In the Sunday morning session of April 2021 General Conference, President Russell M. Nelson made some remarks on faithful inquiry — asking gospel questions — that have caused some consternation especially among nonbelievers. Let’s parse and explore his remarks here.

For each of these items, there are links to explore the concept in more depth.

For believing-and-sustaining Latter-Day Saints, the Netflix special Murder Among the Mormons is a lot to process.  I was already familiar with the story from hearing it in various venues over the years, but for church members who operate with culturally-formed assumptions of prophetic infallibility, this series is going to be a hard dose of reality. 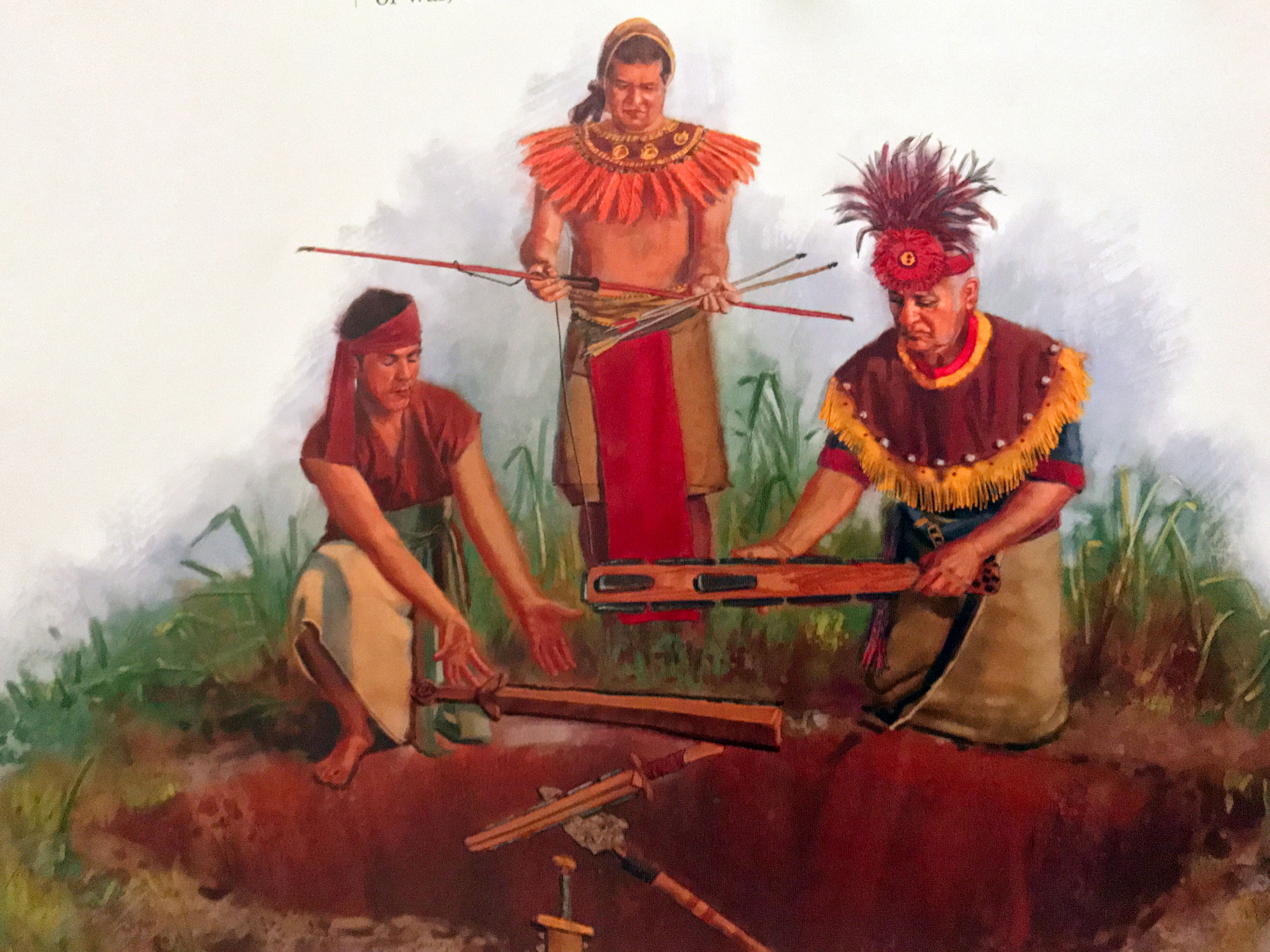 Righteous Traditions of the Fathers

One of the hard lessons of the Book of Mormon is that the next generation does not automatically inherit the righteous traditions of their fathers. Worldly traditions propagate easily, spreading within and between generations like the common cold, but the Gospel is otherworldly. It takes constant energy and attention to thrive in the intrinsically hostile climate of a fallen world. This means that no matter how deeply one generation is converted, there is never a guarantee that the next generation will inherit the legacy. No matter how well they are taught, every generation has to rediscover the truth for themselves.

Although he was talking about the liberal tradition and not the Gospel, F. A Hayek’s description is extraordinarily apt. Here it is, lightly adapted:

If the old truths are not updated for each new age, they will slip from our grasp and lose our allegiance. The terms in which those truths have been couched will become hollow, potted mottoes, will fail to galvanize, inspire, and move us. The old truths will remain truths, but they’ll be dismissed and neglected as mere dogma, noise. And [we] will again face a crisis of faith.

One of the things that tends to confuse people about Latter-day Saint Radical Orthodoxy is that we talk both about loyalty and fidelity to the basic, essential truths of the Restored Gospel and we talk about exploration and innovation. How are these two things combined?

I’ve had several periods of deep gospel questioning in my life, and one period a few years ago, of crisis-level questioning. But years before that, in college, I first got some exposure to more complicated church history. I took a class on the Doctrine and Covenants that showed me that early members and leaders of the church had 19th century worldviews, and that was something I had not ever considered up to that point. I also learned that church leaders were not always right, which was another thing that had not really disturbed me until that point. I was happy in the church, but I also had a constant nagging feeling of being unsettled.

After graduating, I spent a summer in Southern California where I grew up. In my younger years there in California, I hiked Mount Whitney, which is the highest mountain in the lower 48 U.S. states. I had always wanted to revisit that place, and in my summer after college, I had a short window of time to try. I contacted the ranger station and asked if they had any available permits, and they did. So I got some backpacking gear and drove up to the trailhead to begin hiking the 11 miles to the summit.

Is our enthusiasm for politics stronger than our conversion to Christ? In the Church of Jesus Christ of Latter Day Saints, we have members throughout the world living and thriving under many forms of government, and participating in political parties that promote capitalist, socialist, communist, libertarian, and other political ideologies. In the United States, we are largely politically polarized and church members lean conservative. Outside the U.S., church members have very different political commitments that do not map neatly onto U.S. categories.

The list of considerations below is designed to help us assess if our political views are answering yearnings in our souls that should instead be answered by love of God and our neighbor.

Following the Prophets means embracing their current teachings, especially the united voice of the Q15:

As to all of these, the wise cautions of Elders D. Todd Christofferson and Neil L. Andersen in earlier general conference messages are important to remember. Elder Christofferson taught: “It should be remembered that not every statement made by a Church leader, past or present, necessarily constitutes doctrine. It is commonly understood in the Church that a statement made by one leader on a single occasion often represents a personal, though well-considered, opinion, not meant to be official or binding for the whole Church.”
In the following conference, Elder Andersen taught this principle: “The doctrine is taught by all 15 members of the First Presidency and Quorum of the Twelve. It is not hidden in an obscure paragraph of one talk.” The family proclamation, signed by all 15 prophets, seers, and revelators, is a wonderful illustration of that principle.