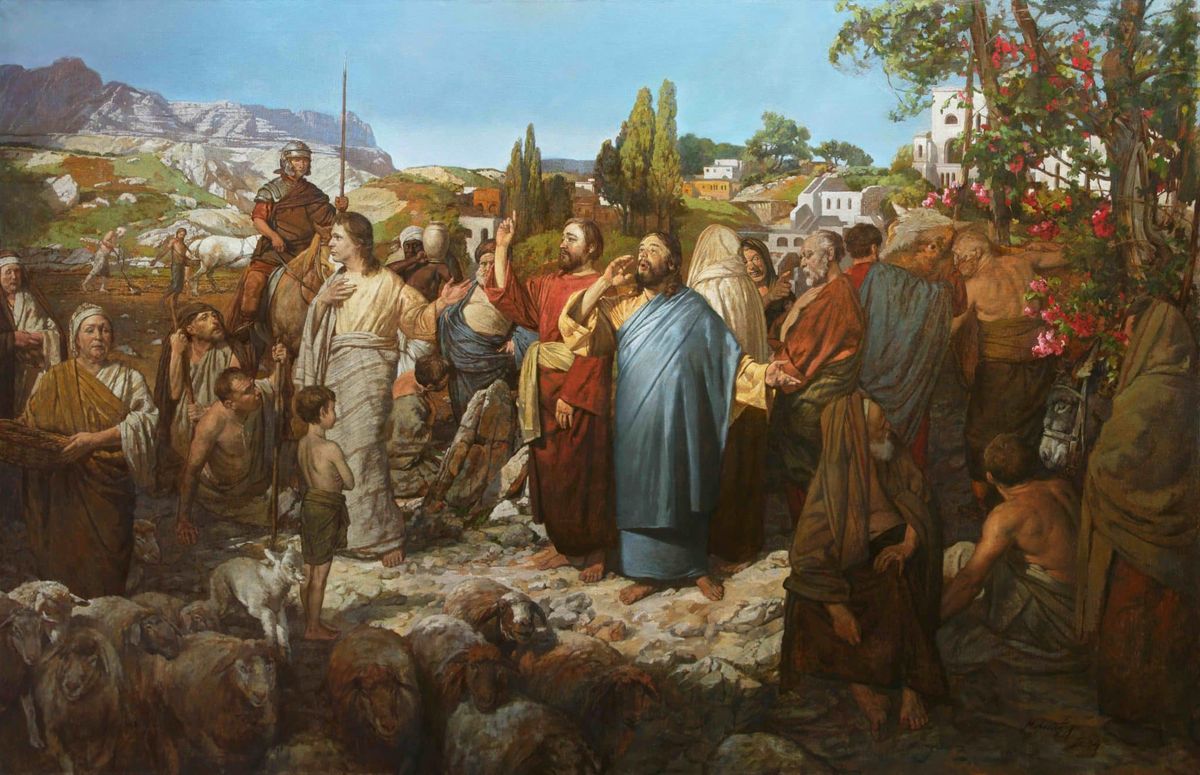 My friend and co-blogger Dan Ellsworth’s article in Public Square Magazine was prescient, given that just a few hours later Elder Holland’s address to BYU faculty and staff was published. Dan’s description of our tendency to hear what we want to hear as a form of idolatry is bracing but needed. “Ironically, one of our most persistent idolatries is the refashioning of the divinely revealed Christ into a sentimentally-appealing false Christ named ‘Jesus,’ who exists to make us all feel loved and happy,” he writes. I thought I would provide three examples of this trend I have noticed that buttress his point.

The first example comes from the Christian apologist Rebecca McLaughlin on Twitter. She was mentioning how she often sees T-shirts and coffee mugs with the verse from Jeremiah that reads, “For I know the thoughts that I think toward you, saith the Lord, thoughts of peace, and not of evil, to give you an expected end.” It is a truly lovely sentiment, but he wondered why some of the more strident parts of Jeremiah seem to be neglected, such as the verse we read later in the same chapter, “Thus saith the Lord of hosts; Behold, I will send upon them the sword, the famine, and the pestilence, and will make them like vile figs, that cannot be eaten, they are so evil.” We like to think of ourselves as part of the Lord’s protected people, not so much as bringing wrath and punishment upon ourselves.

You see another, more serious example of this in a famous quote from Joseph Smith. We frequently hear that Joseph Smith said, “Our heavenly Father is more liberal in His views, and boundless in His mercies and blessings, than we are ready to believe or receive.” Most of the quotations cut of there. But the problem is Joseph’s thought wasn’t complete there. He goes on to say, “and, at the same time, is more terrible to the workers of iniquity, more awful in the executions of His punishments, and more ready to detect every false way, than we are apt to suppose Him to be.”

My third and final example is from a parable of Jesus in the New Testament known as the Parable of the Wedding of the King, found in Matthew 22. The part of it you’ve undoubtedly heard is that when the king can’t get any of his friends or important nobles to come to the wedding feast, he tells his servants to invite anyone, any random stranger they find on the road, and bring them to the wedding feast. He throws open the doors to the feast to everyone. It’s a truly wonderful story about inclusion, because in the wedding feast, everyone is invited! Truly, he “denieth none.”

The problem is, that’s not the end of the parable. It seems that the servants failed to inform these guests of the dress code. One of the guests wasn’t wearing a proper wedding garment. When the king challenges this guest, the guest is speechless, and the king decrees that the guest be bound, thrown out, and cast into “outer darkness.”

Does that change how you feel about the story at all? It’s not that this ideal of inclusion is nullified. Everyone truly is invited to the feast. But that doesn’t mean that anything goes! While the guest list is no longer limited to a particular lineage such as literal members of the House of Israel, everyone who comes is still expected to abide by the same standards that the original guests were expected to adhere to.

Either the servants who went out to extend these invitations, or the guest himself, failed to understand this point. In our own ministrations to our brothers and sisters. we do not do them any favors by not making sure that those we invite to the feast clearly understand what is expected of them. We aren’t being loving or even inclusive by inviting people to the feast, but leading them to believe that there will not be anything serious expected of them. The subsequent embarrassment and teeth-gnashing isn’t the king’s fault, it’s our fault. We did not take seriously the second half of the invitation to gather. We must invite people to baptism, but also warn them. We do not want to be asked, as Jesus asked the Sadducees and Pharisees, if those we invite have been properly warned of “the wrath to come.”

2 thoughts on “We Love Best by Telling the WHOLE Truth”