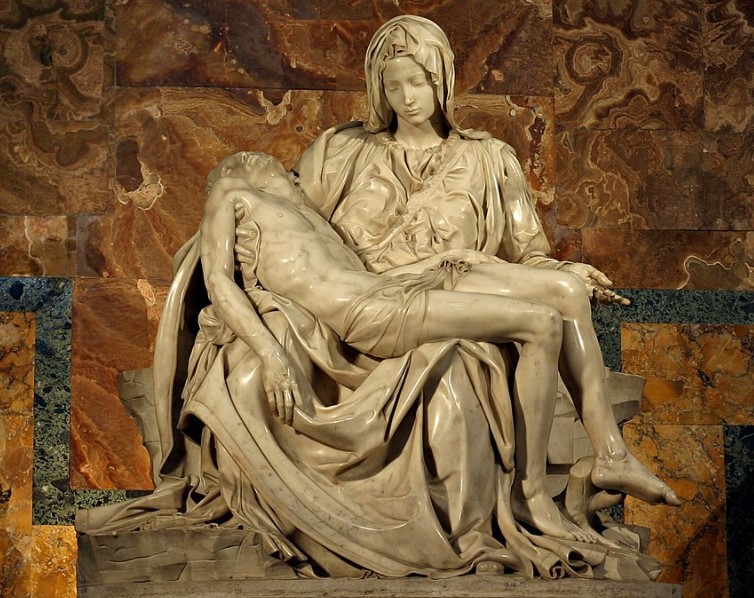 I was initially a little underwhelmed by the most recent General Conference. There were some standout talks, but there were no surprising new announcements and the heated issues of the day were conspicuous by their absence. Nothing on the Proclamation on the Family or moral issues. Nothing on politics. Vaccines were mentioned, but primarily just in the context of explaining the precautions that let us start taking baby steps towards normal, live conferences again. In short: nobody I wanted to get zinged got zinged.

And when I realized why I was feeling let down–that nobody got called out like I wanted them to–I felt terrible. And I realized how important this General Conference was to me. Because I had some repenting to do.

Sometimes you can fool yourself into thinking you’re doing a lot better than you actually are, and usually this is because you’re saying the right things (even to yourself in your mind) and forgetting what they really mean. I shared a couple of memes that went around before General Conference about how we should not listen out for the prophets taking our side in a dispute. Instead of trying to see where others had gone wrong, we should look out for where we have. I clicked like and then share / retweet because I liked that sentiment and I thought I shared it.

Turns out, not so much. What I was really hoping for was something like 80-90% why other people are wrong, 10-20% why I was wrong. Better than 100% looking for the faults of others, but not by all that much.

Here’s another example: I have heard the injunction to love our enemies so many times since I was a kid that in a way it kind of lost it’s meaning like some kind of theological version of semantic satiation. I said the words. But what I had in my heart was a weak copy.

It’s not that I was harboring anger towards my enemies. First, I don’t really think of myself as having enemies. I have brothers and sisters. Some of them are mistaken, some of them might make bad choices and hurt others. Sometimes they have to be opposed, but even in those cases they are not my enemy. So far so good. But an unfortunate side effect of trying not to think of anyone as my enemy is that I kind of stopped thinking about loving them.

Second, I sort of replaced “love your enemy” with “don’t harm your enemy.” That’s not a bad start! It’s not a bad rule. But avoidance isn’t the same as love.

Love–the kind of love we’re called on to practice as Christians–is active. You can’t love someone by avoiding them. You have to interact with them, and in that interaction you have to genuinely care for their well-being, want the best for them, and I believe actually like them. I know there are some who say you can love someone but not like them, and maybe as a transitory state when you’re temporarily frustrated with your spouse or your sibling that’s valid, but in the long run I don’t think you actually can love your enemy without also liking them. Without wanting them to be your friend.

But I’d forgotten that. And–what’s worse–I didn’t even know it. I thought I was doing pretty good on these things. I knew I wasn’t perfect. I know I had things to improve on. But I was looking in totally different directions.

So–even though there was no fire and no brimstone–this General Conference called me out. It had me down on my knees on Sunday evening telling my Heavenly Father how sorry I was that I was treating some of His children with indifference and even mild contempt instead of even trying to find love in my heart for them.

Christianity is a deeply, deeply weird religion. It’s otherworldly. All moral codes–whether they are religious or not–teach fairly similar virtues. Honesty, compassion, fairness, bravery. The world understands virtues fairly well. Love, too, when it’s of our family and friends and allies, is a pretty understandable value.

That’s because all of these virtues can be reconciled with survival. With thriving. They make for better people individually and especially collectively. Sacrificing yourself for your tribe is noble, but it’s a general nobility. One that all cultures throughout time have stories about.

But loving your enemies? Not just as a kind of logical consequence of universal love, but as a deliberate, explicit injunction? The call to love them while they attack you? It’s madness. Even when we add in a dash of common sense–loving your enemies doesn’t mean refusing to protect yourself from abuse or attack–the result is still alien to this world.

One of the things that struck me the most–and I can’t remember who said or whether they were quoting someone else–was that in coming years we Latter-day Saints were going to be viewed with more acceptance and camaraderie by our fellow Christians, even those who had viewed us with suspicion in the past. This is really important to me. I know a lot of Latter-day Saints have struggled with the idea that we’re not going to identify as “Mormon” any more, but I’ve always felt slightly uncomfortable with that identity. The more committed I am in my faith, the more I want to see myself as Christian.

I believe that we’re watching the end of Christianity as a default. I don’t just mean in terms of falling attending at churches. I mean that the central concepts of Christianity–repentance, forgiveness, and especially love–that have been taken for granted are started to disappear from society. We’re reverting to paganism. Not in the sense of literally worshipping non-Christian Gods, but in the sense of reverting to values that make sense to the world. And loving your enemy isn’t among those.

There are obvious downsides to this. But there are some incredible opportunities as well. Sometimes you can’t see something when it’s everywhere. Christianity is like that. When the idea of loving your enemy is everywhere, it’s impossible to see how radical it is. As the world withdraws from Christianity, its strangeness–and it’s power and beauty and otherworldliness–are going to be more obvious.

Being Christian is going to be weirder and more costly and more meaningful. And that is why, I believe, Christians from different denominations will start to lay aside some of their (real, important) doctrinal differences. Because Christ has to come first. Before everything else.

And wasn’t that the message of this General Conference? All the controversial topics were set aside. I don’t see that as a retreat. I don’t believe the Church’s moral witness is going to change. But I do think God understands that we have to be Christians first and anything else second.

If Satan can’t change our doctrine, he can at least warp it by pushing so hard on some issues that we overcorrect and lean into those issues. Even if the positions are right, if we push on them too hard we shift our center of gravity away from Christ. In reacting to real mistakes with real correction we still risk drifting from Christ.

Even correct principles can lead us astray if they are out of balance. And that balance starts with a foundation on Christ. We have got to be absolutely rooted to Him. Our commitment to Christ–and to His message of repentance and forgiveness and loving our enemies–has to be the thing we talk about, think about, and feel the most deeply attached to.

That, for me, was the message of this General Conference. And I’m grateful for it.

3 thoughts on “Indicted by Love”